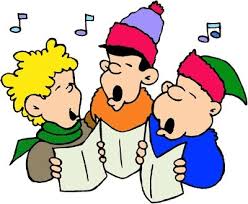 Two men were in the choir of the church and the choir was sang very well unless a girl with a loud tune voice. The two men start criticizing – Look at that girl her tune is not following the teacher’s because she ignore the teacher – if you have every reason to close your eyes and sing why not see the signs of the teacher. While the men continue criticizing, a group of angels from heaven were watching the choir and say – look is heavenly to do it well. Another angel said, the praise is magnificent and it magnify the Lord greatly, it’s beautiful. The third angel said, but the girl has a very nice tune, she is not consistent with the choir. One of the rest Angels was nodding his head along with the music and giving reason to the girl, but another angels says let’s call the Lord to see how magnificent is the praise. The Lord came and closing His eyes while listening to the choir, the Angels said, see how magnificent is the girl singing but her tune is too loud but still it is awesome. The Lord says I just hear only one voice but the Angels says, is the girl’s tune that is not following the group and the Lord says no, you listen to voices but Myself, I hear a voice of the heart.
MORAL: Do not criticize anyone when things with faith and good heart is made.

Posted by osarobohenry on 30/09/2014 in Judge not and tagged Criticism, Jealousy.

The heavens are telling the glory of God; and the firmament proclaims His handiwork. Psalms 19:1

Some coffee, a keyboard and my soul! My first true friends!