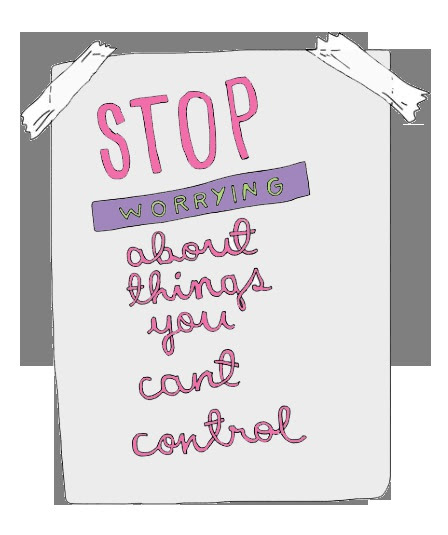 Be anxious for nothing, but in everything by prayer and supplication, with thanksgiving, let your requests be made known to God – Philippians 4 : 6.

Many times, we worry about the things that we are not in control of. At times we will be in a place and we want to climb to a more higher level which is the thought of every normal human being and that is not bad. But the issue is that the time you want it happen might not be God’s timing. Not that God cannot make it happen anytime but you might not have been prepared for such a position at the time you want it, the environment and people around might not be supportive to you at that time, it might also be that God want a more higher level for you and that level is not available when you want it.

There was a man (Tito Vilanova ex-coach of Barcelona football club) who started playing football at a tender age with barcelona football club and aspired to be among the first eleven of the club but it was not possible because that was not the timing and the level God want for him. He decided to go to other clubs to brighten up his career. After putting an end to his profession as a footballer, himself and his friend (Pep Guardiola) became a coach of the second division team in the same club. Between 2008 to 2012, his friend was chosen to be the coach of the first eleven of the club who now called him to be the second coach. It was during this time that the club recorded its highest achievements as far as titles are concerned.  In 2013, he became the first coach of the club after the departure of his friend. It was during his time that the club has the record of the highest points record in one season (100 points). He was a very humble man. The painful part of this is that, he died last Friday at the age of 45 years due to sickness and when I heard of his death, I was highly touched. Yesterday was his burial ceremony and about 2000 people were present.

When God now said that his time has come, were he could not climb as a footballer, he was now accepted as a coach in the place that he was rejected because that was not the level God want for him.

God knows how and when to take us to the position He want us to be. Our own is to remain faithful to Him and allow Him to do it in His own way. We have to be patient at times.

Prayer : Everlasting Father, You are a covenant keeping God who always keep Your covenant with Your children. Give us the grace to be at the level You desire for us at You own time because Your timing is perfect. Give the family of Tito Vilanova the fortitude to bear the lose in the name of Jesus Christ.

Posted by osarobohenry on 29/04/2014 in Boldness, Focus, patient and tagged Courage, Hope in God, Trusting God.

The Truth for Kyle Brennan

Read, think more and Act on what you read

Understanding ourselves and the world we live in.

Walking With My Brother

A gift of joy, a prayer of gratitude, a blessing from Our Father