Take back your crown (part 5 contd) 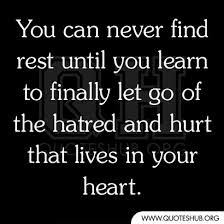 When you develop hatred for someone, anytime you see that person, you will always be annoyed of that person it doesn’t matter whether the person talk to you or not. You will be carrying the burden of hatred. We should always try to avoid annoyance if possible because the end result is always disadvantageous.

As Haman left the presence of Queen Esther, he was joyful because of the words he heard from her that the king should come with him to the banquet the following day. But because he was in the prison of anger and hatred, despite the fact that he was in a happy mood, immediately he saw Mondecai at the king’s gate, he focused on that very thing he knew that Mondecai will not do which is to stand or tremble and Mondecai did not stand, he was filled with indignation against Mondecai. He tried to be show that he was not sad but we humans can only play fool on our fellow human being but to God, it is not possible because He knows exactly what we have in mind. 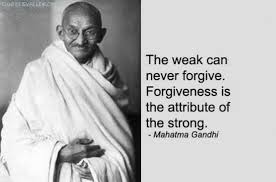 When Haman got home, he gathered his friends and loved ones to inform them of his great riches, his promotion and how he has been advance more than his colleagues. He also told them about his invitation from Queen Esther to the banquet with the king and he added that ”yet all this avails me nothing, so long as I see Mondecai the Jew sitting at the king’s gate” – Esther 5 : 13.

Despite the fact that he did not know why Queen Esther has invited him with the king to the banquet, he was suppose to be happy at least with the promotion but because he has not seen anything good in Mondecai, he allowed saddness to take control of his life. Mondecai, was just a gate man meaning he was not competing with Haman in his new position, he was on his own and in all this, Mondecai trusted the God of intervention to intervene into their case. The reason for the hatred was just because he refused to stand up or tremble for him. I believe that if you are a leader or the head of any group or organization, it is very good to see good in those behind you no matter how they treat you. Another thing is that for somebody to hate you, it does not matter the level or position you are, even when you are not competing with them in their position, if they want to hate you they can hate you because of your movement, because of the way you speak etc. Jealousy is on a high level.

After telling his friends, wife and love ones, they also refuse to see anything good in somebody they might have not seen for the first time but only to condemn him by suggesting to Haman to make a gallows and after which he has to suggest to the king that Mondecai should be hanged on it and these words pleased Haman.

Judge not, that you be not judged. For with what judgement you judge, you will be judged and with the measure you use, it will be measured back to you. And why do you look at the speck in your brother’s eye, but do not consider the plank in your own eye? Or how can you say to your brother, let me remove the speck from your eye and look, a plank is in your own eye? – Matthew 7 : 1 – 4.

No matter the offense anyone has committed against another, I believe it is not good to pass judgement even if you have to without hearing the other version of the story. In anywhere we are and in any words of error we hear, I believe it is better for us to look for how we can make peace instead of pouring more petrol into the fire. And if you being judge by others, never mind because the Almighty God who sees from His throne will judge whosoever is judging you wrongly. Don’t allow the wrong judgement that people pass against you divert your mind you from God’s purpose for your life.

Posted by osarobohenry on 26/02/2014 in Forgiveness, patient, The love of God and tagged Forgiveness, Friendship, God's love.

The heavens are telling the glory of God; and the firmament proclaims His handiwork. Psalms 19:1

Some coffee, a keyboard and my soul! My first true friends!